Using a modified washing machine, scientists at Aarhus University have simulated what happens during a dust storm on Mars. 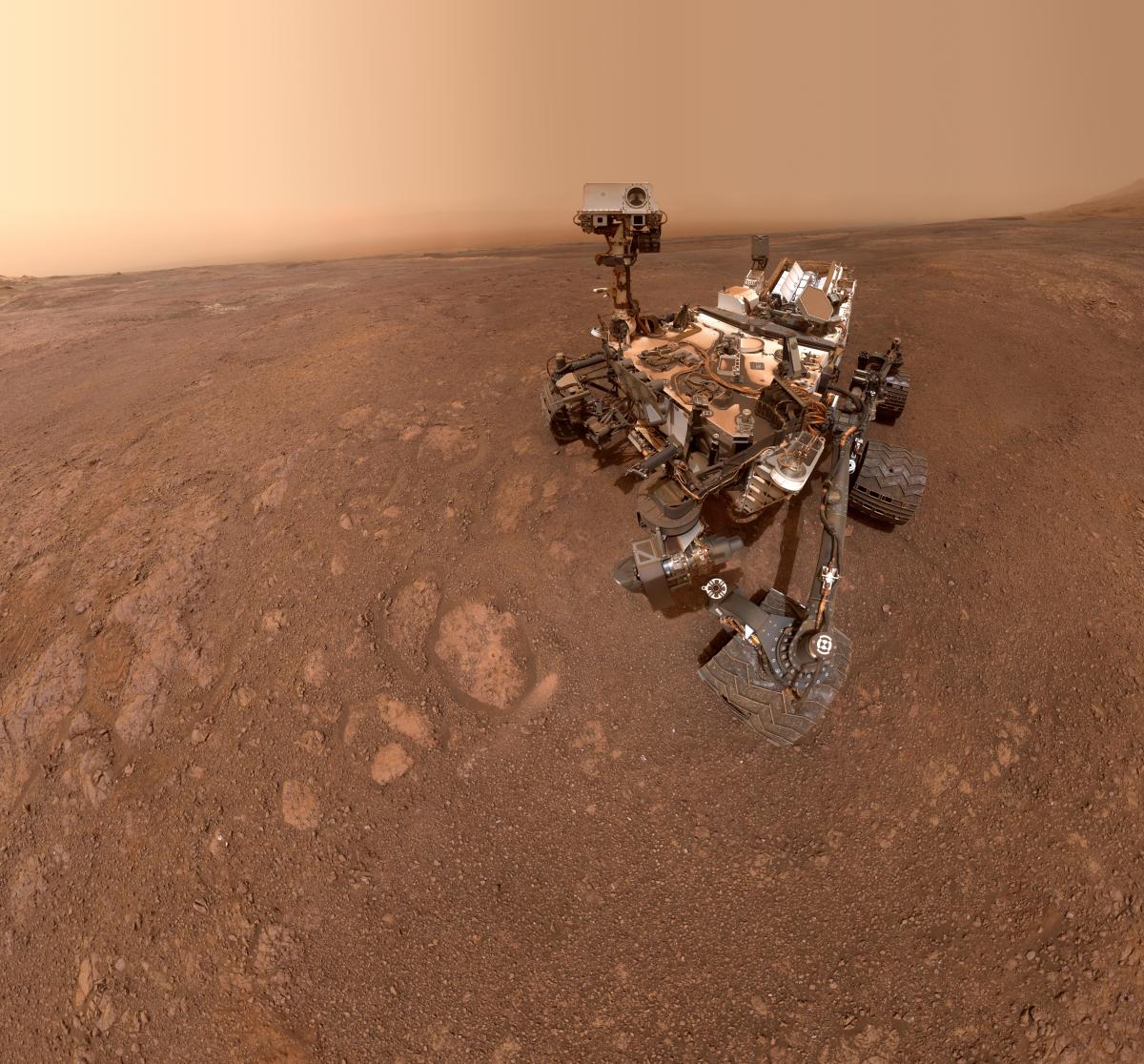 Martian methane is a bit of a mystery. Some rovers and spacecraft have detected spikes of it, while others have been unable to register the molecule, which could be a sign of Martian life. If we are to believe the measurements, methane seems to suddenly appear and then quickly disappear on Mars and scientists have a hard time explaining this phenomenon.

I recently talked with the Danish geologist, Per Nørnberg, who has studied the Martian soil and atmosphere by simulating it in the MarsLab at Aarhus University. The MarsLab has been running since the 90s and has among other things provided a meteorological instrument for NASAs Phoenix lander.

I had actually contacted him to talk about sample return missions to Mars (Rød Jord, Weekendavisen), but during the interview, Per told me that the scientists at Aarhus University might have come up with an explanation for how the Martian methane disappears and that it has something to do with the planets frequent dust storms.

He showed me an ampoule with fine grains of feldspar in it. The scientists at MarsLab place these ampoules inside of what is essentially a modified washing machine that tumbles the grains over and over for days or months.

“In that way, we create an artificial saltation process. Saltation is what you see, when you go out for a walk on a beach or near dunes in windy weather. The sand grains flies up into the air and lands on the surface again. This breaks off new smaller pieces that then flies up and comes down again. The longer we run the experiment the finer the material becomes. That is a simulation of a sandstorm,” Per Nørnberg explains.

He and his team has used this method earlier to understand where Mars has gotten its characteristic red color from. They mixed in this case quartz grains with magnetite.

“Magnetite is the black grains of sand you might find on the beach. They are magnetic and they are also on Mars, although in a slightly different form; titanomagnetite. When we place that in the ampoule and tumble it with the sand we see that the black magnetite turns red like the colour of Mars.” The magnetite rust and gives the colour of Mars.

“Yes, they rust. The magnetite is oxydized and that turns it into hematite, which is also the color of  Swedish red, the color the Swedes use to paint their houses with. We have suggested that this process might be the way Mars turned red.”

But as far as I know, there is no oxygen on Mars of any significance.

Got stuck on silicium

This result spurred Per Nørnberg and his colleagues on to mix other parts of the Martian environment into the ampoules.

“We then thought, that if the surface can be activated in this way and react with solid substances, then they might also react with gasses. So we started applying methane in the ampoules with the sand to see what happened. Interestingly, the methane disappeared from the atmosphere.”

They saw this by measuring the pressure inside the ampoule, which had dropped from the level before the tumbling started.

“The sand was after tumbling investigated with NMR (Nuclear Magnetic Resonanse) by chemists in our group. The chemists saw  that the methyl group, CH3, which is part of the methane, CH4, was bound to  Si (silicium). The silicium had been exposed by the surface being broken. Nothing would happen when the ampoules weren’t tumbled but as soon as they started to tumble the methane would start to disappear. Our conclusion was that methane can disappear from the atmosphere if there is a sand/dust storm. The Americans could see with the rovers that they were able to measure methane in very small concentrations but it disappeared relatively quickly and faster than they had assumed.”

“The dust storms outright eat up the methane.”

On Earth, Per Nørnberg explains, methane floats around in the atmosphere for a much longer time than is observed on Mars, normally for around 100 years and 95 percent of the terrestrial methane comes from biological processes.

“Biology is a source of methane but not the only source. There is also geological activity that can release methane. But of course, what is being investigated on Mars is whether or not the methane has a relation to biology. It is possible to imagine biological processes happening deep below the surface that involve methane and every once in a while some of that methane would leak into the atmosphere and then disappear. The rovers on the surface have been able to detect the methane but the European satellite ExoMars that is equipped with very sensitive instruments can’t register the methane from orbit. So something is going on that has yet to be explained,” Per Nørnberg says.

My name is Thomas Schumann and I am here to tell you about all the future space missions under formulation and development.